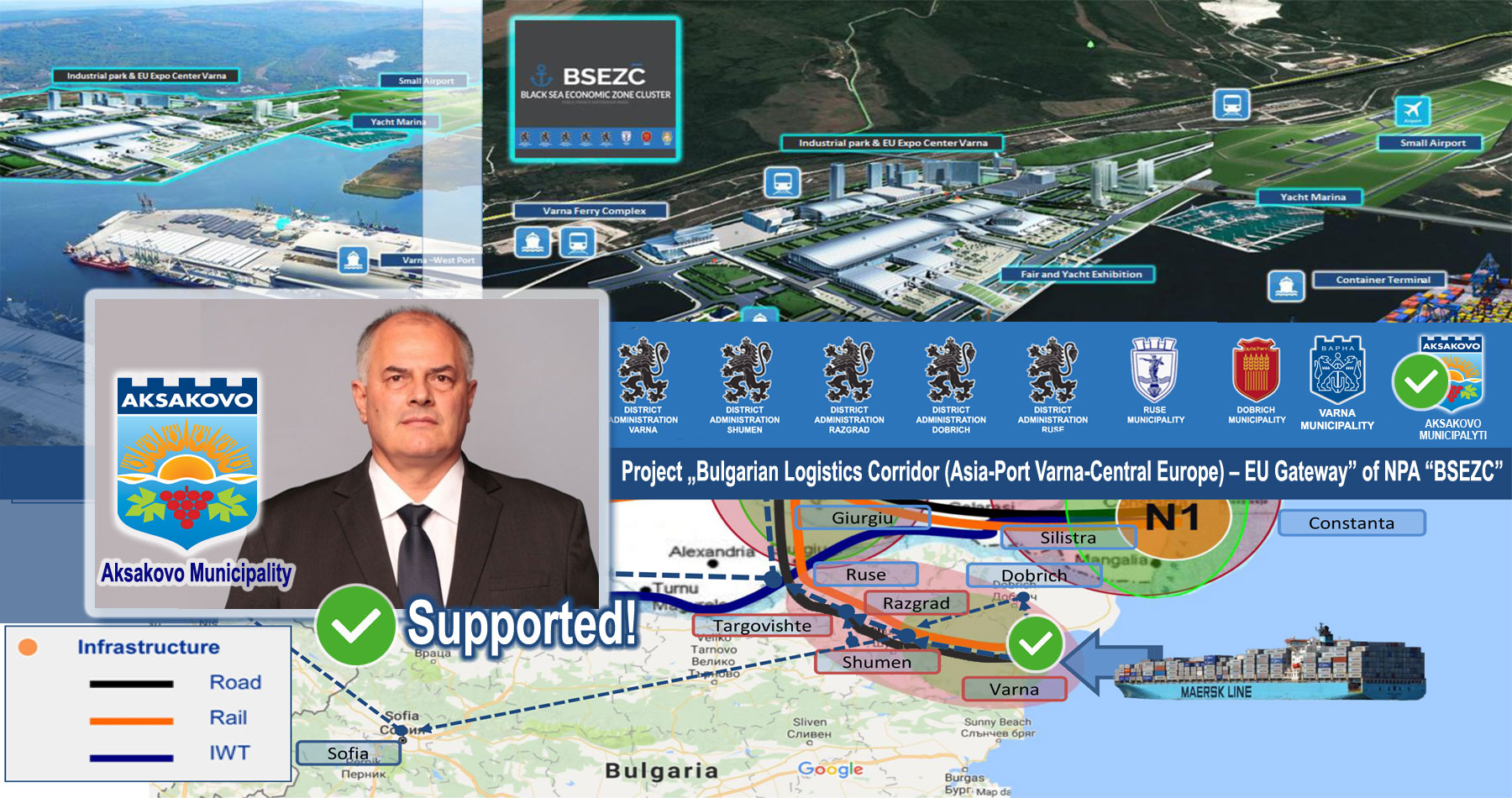 “With the realization of the project, the possibility of redirection of large trade flows from Asia to Central Europe through Bulgaria is increasing, which will have a beneficial impact on the national economy and in particular the economic parameters in the regions of Varna, Dobrich, Shumen, Razgrad and Rousse.

In view of the above, I would like to inform you that the Aksakovo Municipality expresses its support for building a modern infrastructure that could benefit in the field of cross-border cooperation and the opportunity to integrate Bulgaria in international trade.”

The BSEZC consists of 4 industrial parks (1 active and 3 in a project). The project has become interesting for more than 5 international investors from Saudi Arabia, Qatar and Asia. The BSEZC offers the investors a rich portfolio of services – from the construction of industrial sites to the overall management of investment projects.