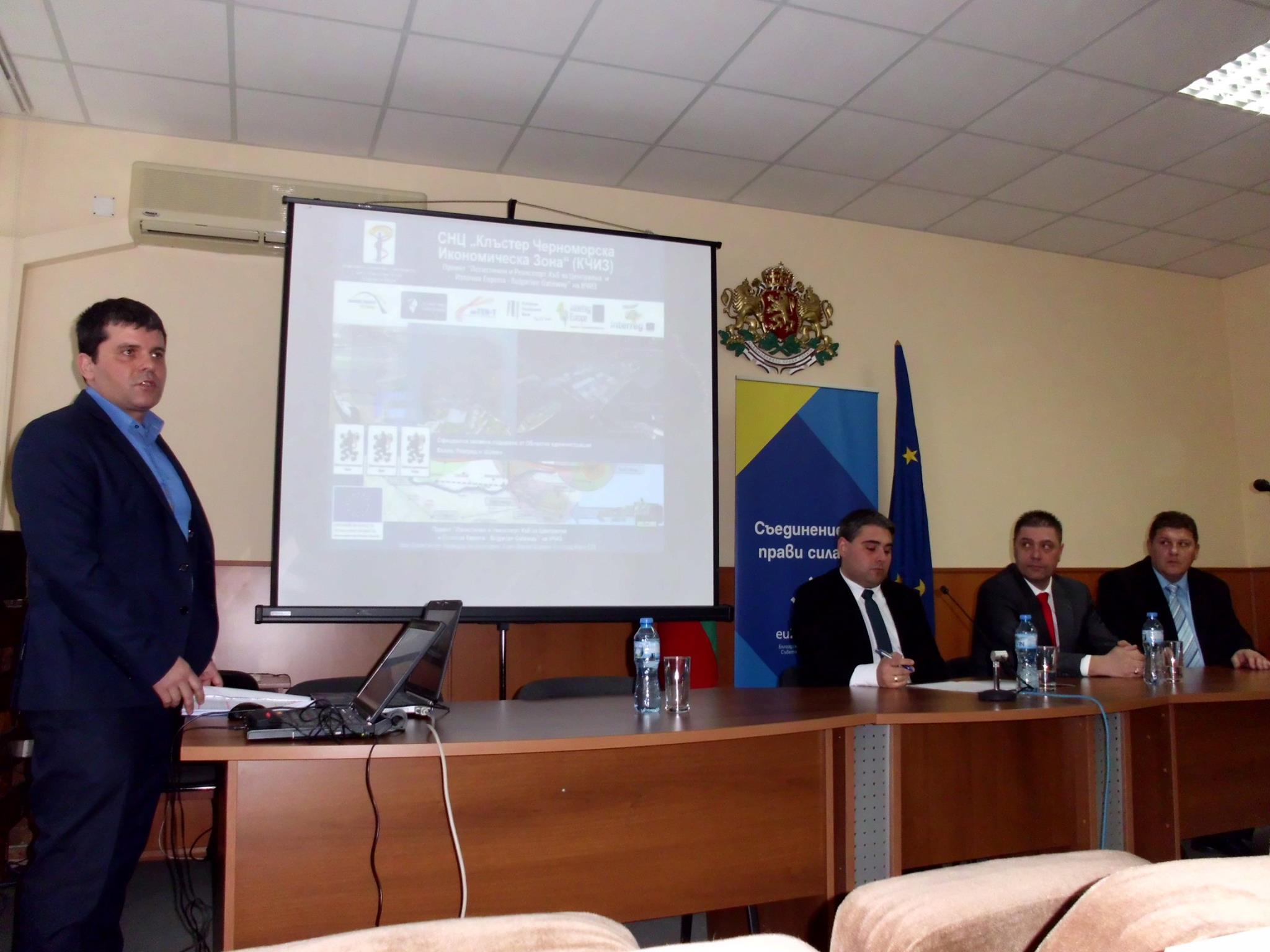 PROJECT OF NPA “BSEZC” FOR THE CONSTRUCTION OF LOGISTIC AND RE-EXPORT HUB FOR CENTRAL AND EASTERN EUROPE, WAS PRESENTED TO THE DISTRICT DEVELOPMENT COUNCIL IN DOBRICH

The project, prepared by the National non-profit association for the public benefit of the “Black Sea Economic Zone Cluster”, provides for the construction of expocenters, business incubators, industrial parks and economic zones. Within the framework of the project, an intermodal terminal is to be established in the city of Dobrich on the territory of the former military airport near the town.

According to the chairman of the association Eng. Doichin Nikov, the project aims at attracting large-scale transit goods from Asia and investors from China, Saudi Arabia, Russia, Kazakhstan and Turkey. The attracted DFI (Direct Foreign Investments) will increase the economic growth of the region, the port and railway infrastructure will be modernized, as well as a modern road link between Varna and Rousse will be built.

“The construction of a common regional cluster like the Thracian Economic Zone will attract investors and will encourage the economic development of the North-East and North Central Planning Region”, District Governor of Dobrich Krasimir Kirilov commented on the meeting on BNT, on January 10th , 2018.

OFFICIAL EVENT OF THE BLACK SEA ECONOMIC ZONE CLUSTER (BSEZC) NATIONAL ASSOCIATION FOR PUBLIC BENEFIT A PROJECT FOR REGIONAL DISEASE AND ACCIDENTS CENTER of NPA BSEZC WAS OFFICIALLY OFFERED IN THE REGIONAL ADMINISTRATION OF VARNA
Click here to cancel reply.

The BSEZC consists of 4 industrial parks (1 active and 3 in a project). The project has become interesting for more than 5 international investors from Saudi Arabia, Qatar and Asia. The BSEZC offers the investors a rich portfolio of services – from the construction of industrial sites to the overall management of investment projects.